Casa Burés has been restored and re-imagined by Vilablanch to feature a host of modern fixtures and furnishings that don’t compete with or imitate the original ones.
Studio Vilablanch refurbished all 26 Casa Bures apartments in the building, ranging from vast living quarters with frescoed ceilings, to more pared back, white-walled flats. They opted for an elegant and sophisticated interior design that recovers and enhances the valuable decorative elements that are part of the history.

The six-floor building was erected at the beginning of the 20th century by Spanish architect Francesc Berenguer i Mestres and takes its name from its first proprietor, Francesc Bures – a wealthy businessman who owned several textile companies. 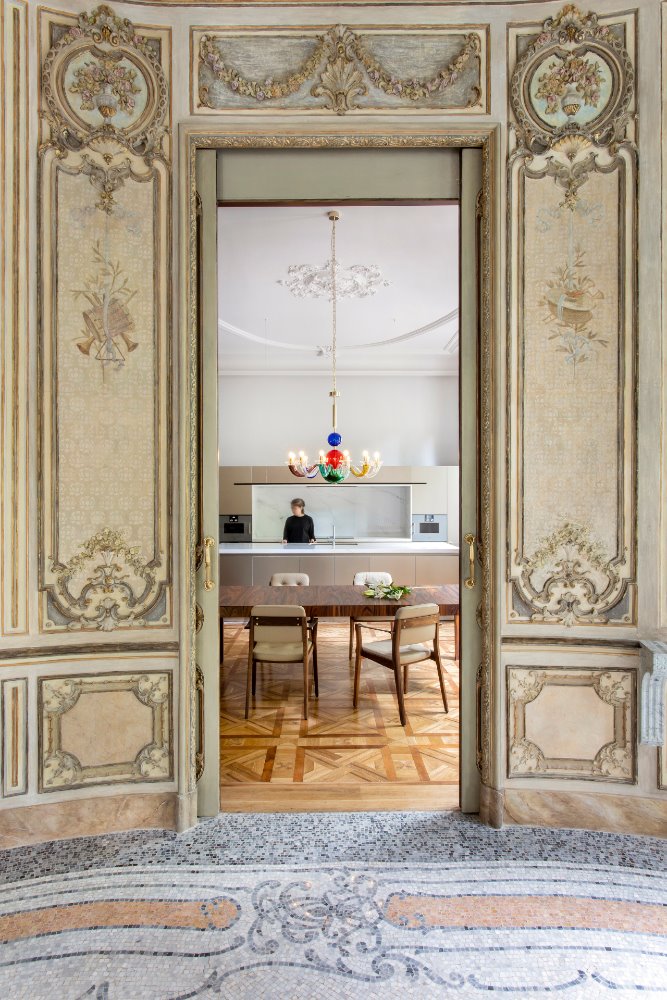